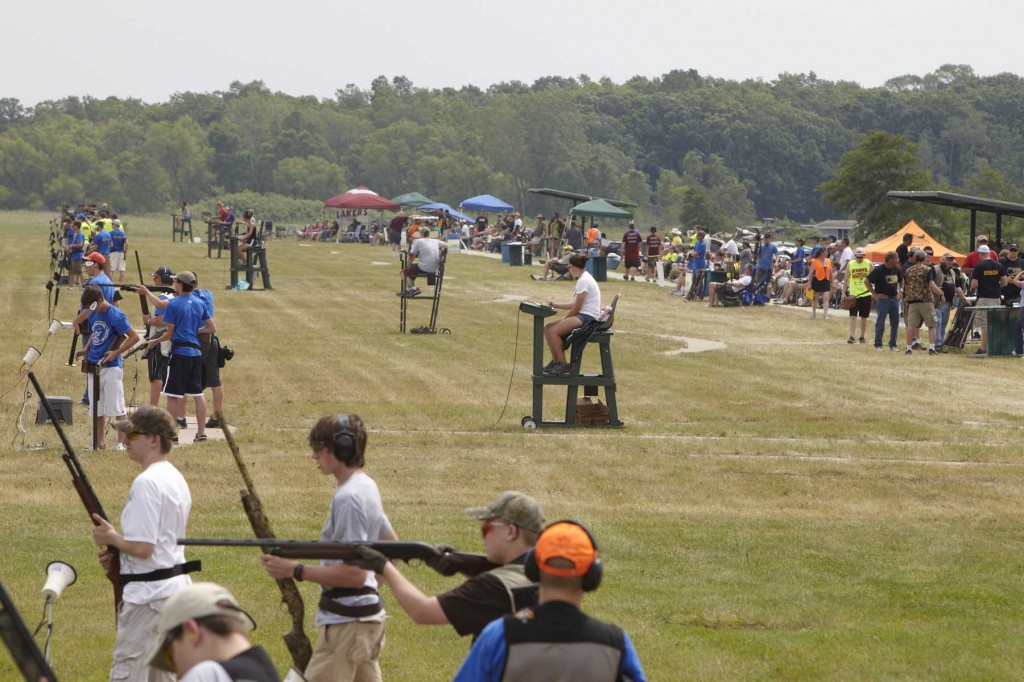 The Minnesota DNR conducted an informal independent survey of gun clubs throughout Minnesota in 2001. It was determined that the average age of gun club members was almost 57 years old. It was apparent that unless something was done to attract younger shooters, the future of shooting sports would  be in jeopardy.

The solution to this problem seemed simple enough, attract young people to the shooting sports. But how? Several organizations started youth programs many years ago, but they were primarily short-term programs that attracted shooters to a couple events in the summer – it wasn’t a strong enough inducement to make young people want to take up shooting sports.

If these organizations weren’t successful, what approach might be successful?

Jim Sable was named Youth Program Director at the Plymouth Gun Club in Plymouth, Minnesota and given the responsibility of attracting young people to the club and to the shooting sports. When the president of the Plymouth Gun Club asked Jim where he was going to start, Jim responded, “In the schools – that’s where the kids are.”

Going Where The Kids Are

The first year, Jim entered the mentoring program at Orono schools, bringing six students to the club every week to shoot trap and skeet. The students had a lot of fun, and Jim did too. The next year he had a few more, and then a few more wanted to join up.

Word spread quickly by students, and other schools wanted to learn how they might become a part of this competition. In 2008, the Minnesota State High School Clay Target League (MNSHSCTL) was started with three teams and 30 student athletes.

With an official organization to manage the operations of the League, it quickly grew. In fact, the League doubled the number of teams and student athletes for five consecutive years. By 2014, the MNSHSCTL Championship was the largest shooting event in the world.

With the Minnesota’s High School Clay Target League’s popularity, neighboring states inquired about joining the League. As a result, the USA High School Clay Target League was incorporated in 2012 as a non-profit organization geared towards duplicating Minnesota’s incredible youth shooting sport success in other states. By the end of 2018, nearly 26,000 students on over 800 teams in 20 states were participating in USAHSCTL programs.

In 2018, the League began to expand it’s offering to post-secondary institutions, beginning with the Minnesota College Athletic Conference.

In 2019 the League will offer competition opportunities in Trap, Skeet, Sporting Clays, and 5-Stand to collegiate teams nationwide.